The Journey – from the first signs of hearing loss 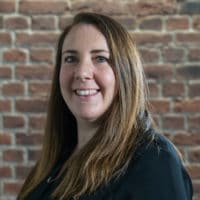 Hello, my name is Helen Pate and I am HAB Hearing’s resident hearing aid audiologist. I’d like to tell you a little about what we call ‘The Journey’. The sometimes long and meandering path travelled to arrive at the point where hearing loss is addressed.

Hearing loss tends to be a gradual process. Hearing loss is invisible and more common than you might imagine. You might start to notice over time that you can hear volume but not clarity. You may find it harder to hear in noisier environments or when in group situations. Complain that people are mumbling and that the television needs to be louder than it used to be. Not always hear the doorbell or the telephone.

It is said that the average time it takes to address hearing loss from its onset through the journey to finally being prescribed hearing aids is about seven years! Some address their hearing loss sooner and some leave things until much later!

Hearing loss can be caused by temporary factors such as excessive wax in the ear canal. If more permanent it can be attributed to a number of things. The most common being the ageing process, followed by damage caused by exposure to excessive noise. Other contributors to hearing loss can be hereditary factors, disease, middle ear problems such as perforated eardrums, certain drugs, injury and infections.

How common is hearing loss?

Tinnitus is noise that originates within the hearing system rather than externally. It can be caused by problems in the outer ear such as excessive wax but is usually a symptom of general hearing loss. It can affect one or both ears.

The sounds you hear if you suffer from tinnitus vary in severity and tone from person to person. People suffering from tinnitus can describe it typically as a “ringing” sound. Sometimes a “buzzing” sound, a “humming noise, “like running water”, a “whistling” sound or like the “sound from a seashell held close to the ear.”

Will hearing aids restore my hearing?

Hearing instruments benefit many people. However, no hearing instrument can restore anyone’s hearing back to normal. The benefits depend on the severity of your hearing loss and the level of technology. The ultimate aim is to restore your hearing as close as possible to natural levels of volume and clarity.

So….. are you ready to take that first step?

If at this stage you decide you want to purchase hearing aids the next stage of the journey is to talk through the most suitable options that match your needs. We can design a custom solution that is exactly right for you.

The choice of technology is wider now than it has ever been, which means that the chances of success are greater than ever. We take helping you to hear better very seriously and work hard to make sure you are happy with the end result.

We see aftercare as critical to success. You need to know that we are easy to reach and readily available if you have a problem. We are!

Part of our aftercare service is that should your aids need reprogramming at any time throughout their lifetime we adjust the response of the aids to your changing hearing as required. There is no charge for this service, and this means your hearing aids can always be programmed up to date with your current prescription and with the latest firmware. Should your aid develop a fault you also need to know we are there to assist you and get you hearing clearly again.

At HAB Hearing we aim to excel at everything we do, to offer more than others, be more helpful, professional and better value than any other hearing aid supplier in the UK.

So How Much Does This All Cost?

There is no charge for the initial consultation and absolutely no obligation. If you do decide to move forward on the journey and address your hearing loss based on our advice and guidance, you will pay for the hearing aids that you purchase. Remember, if things don’t work out to your ultimate satisfaction within a very flexible 60 days we can either refund you your money, or alternatively try some different technology. Not everything suits everyone always! Because we can supply just about any hearing aid technology available in the UK you can be assured that we will leave no stone unturned in our quest to make you a happy client!